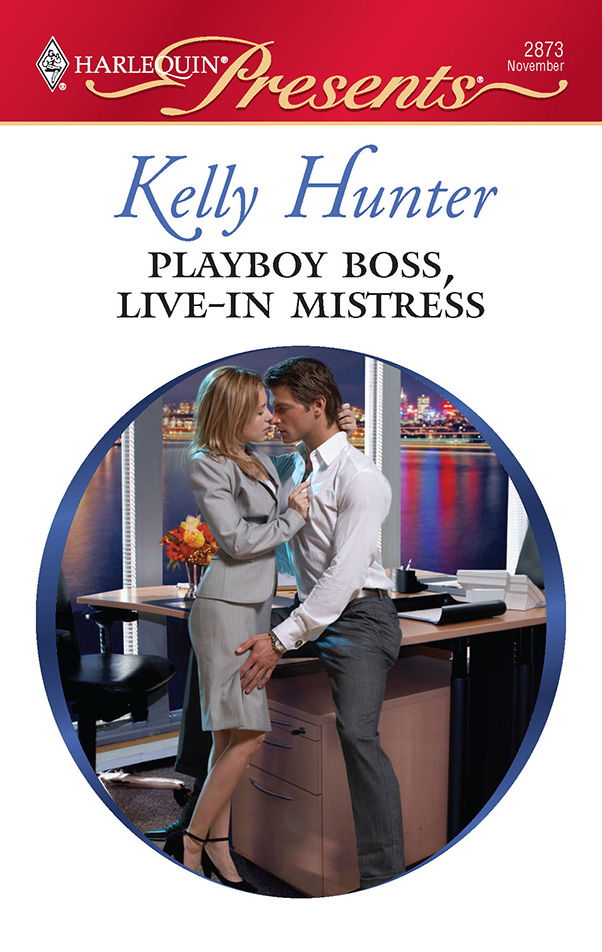 Playboy billionaire Alexander Wentworth is the man who has it all – and regularly acquires more! More wealth, more power and more women… His personal assistant Sienna Raleigh, however, is determined to keep things strictly business—no matter how tempted she is. But when they are forced to work and live together, Sienna soon discovers that Lex is just as demanding away from the office. He wants her to be his mistress—and he isn’t a man to take no for an answer!

I really enjoyed this book. In fact, it could have been expanded to a regular best-selling novel, not just a Harlequin. The characters were well-developed, the dialogue and scenes were witty, lots of twists and turns in the plot, and there was great chemistry. I loved that the male love interest was a nice but strong guy throughout the book who didn’t give up on the female. Highly recommend this book.

This story starts out on a light, fun and flirty note and spins into an emotional and heartfelt tale about coming to terms with the past and embracing the future.

Alexander Wentworth the Third could be a very patient man when he wanted to be.
Take the stock market, the money market, the futures market, any market, for example … When it came to waiting for the opportune moment, Lex had been known to exhibit the patience of Job.

If an eight knot wind was blowing north-north-east off the Cornwall coast, and he had no place to be but on his yacht and nothing to do but set a course and peel a diamond encrusted bikini off a beautiful woman, Lex could be very patient indeed. Journeys of seduction were meant to be savoured and savour them he did. Frequently.

Yes indeed. Patience was one of Lex’s many virtues.

Unfortunately, his current stock of patience was fading fast, and it wasn’t just because he was fifteen hours into a twenty-five hour flight from London to Sydney, with a stopover in Hong Kong still pending. It was because his temporary personal assistant had a god given talent for driving him nuts.

Sienna Raleigh was her name; personal assistant, and right hand man was her latest trade. She had a Doctorate in Renaissance Art, impeccable if somewhat colourful lineage, and a smile that could drop a man at fifty paces. Sienna had been five when they’d first met. Lex had been all of eleven, and her failure to acknowledge his superiority in all things had both irritated and intrigued him. He should’ve taken it as a warning never to employ her, he thought glumly. He really should’ve made an effort and crushed her insurgency some twenty years ago, the moment he’d first set eyes on her, he deduced with a sigh. Because he didn’t have a hope in Hades of crushing it now.

‘Any more stock reports to read?’ he asked her.

‘You mean apart from the dozens you’ve already read?’ she said, without lifting her gaze from the book she was reading. ‘No.’

‘You’ve read all those too.’

‘Just checking.’ He waited a beat. ‘What’s that you’re reading?’

‘An airport novel.’ Sienna’s long suffering tone served only to amuse him. Clearly the nut-driving worked both ways. ‘I’m up to the part where our hero—due to a combination of strength, determination, brilliance, luck, and fortuitous plotting—single-handedly nabs the villains and then walks away from the traitorous yet agonisingly beautiful woman who betrayed him.’

‘Sounds reasonable,’ he said. ‘Keep me posted.’ He drummed his fingers on the armrest, flicked through the entertainment channels. Sighed.

Sienna looked up at him from her book, those golden brown eyes with their tiny flecks of green revealing acute exasperation and a refreshing lack of guile. ‘Admit it,’ she said. ‘You have the attention span of a gnat.’

‘No I don’t. Unless of course you’re finished with it.’

‘Because it certainly sounds like the end to me.’

‘Wouldn’t want to miss anything,’ she said sweetly. ‘Attention to detail is what you pay me for, remember? It was in the job description.’

‘Wasn’t catering to my every whim in the job description too?’ he asked. ‘I thought it was.’

‘Maybe in your draft. Your former PA removed all references to slavery before she sent it out.’

‘She was an uncommonly good PA,’ he said on a sigh, and meant every word. ‘I still don’t understand how she could choose marriage and motherhood over working for me.’

‘Unfathomable,’ said Sienna a little too dryly for comfort.

‘Lex, I’ve been working for you for three days and so far it’s been bedlam. I’ve rescheduled five meetings, changed our travel arrangements twice, kept an investment bank president on hold for fifteen minutes, begged your former PA to return, and vowed to shoot you at least a dozen times.’

‘What can I say?’ he said. ‘It’s been a slow week. You’ll like the setup in Australia though. Trust me.’

Sienna ran her hand along the leather armrest and looked around the spacious cabin area as if assessing the benefits of business class travel, before turning an amused gaze on him. ‘Speaking of the setup in Sydney… I still don’t think it’s a good idea for us to share a house. A month is a long time, Lex.’

‘It’s not a house, it’s a business hub,’ he said. ‘And you’ll have an entire wing to yourself and a commute to work of approximately fifty metres. None of my other PA’s ever complained of it.’

‘Will you have time to entertain?’ he countered.

‘Who knows?’ She stood and stretched, giving him a nose to navel view of an impossibly tiny waist and firmly rounded buttocks. ‘I might.’

Not if he had anything to do with it. Which—as fortune would have it—he did.
It occurred to him, not for the first time during these past few days, that Sienna might just have a point. That sharing adjoining quarters with her these next few weeks was going to prove far more of a challenge than he’d anticipated.

Sienna began to rummage around in the overhead locker and Lex found himself unaccustomedly looking away from a woman’s lithe form. He and Sienna hadn’t seen much of one another these past few years. Different paths, different lifestyles, that was what he’d told his mother and anyone else who’d asked. Childhood friends often drifted apart, end of story. If there was another reason he’d kept his distance these past few years, well, that was for him to know and no one else. When it came to Sienna, Lex’s body and brain were not in alignment. His brain wanted his role in Sienna’s life to be much the same as it always had been. Protector, mentor, occasional antagonist.

His body just wanted her naked beneath him. Hotly responsive. Possibly begging…

Right voice, wrong tone altogether. Where was the breathless pleading? The dulcet whimpers of a woman with nothing but fulfilment on her mind?

This is one of my earlier stories and I got half way into it before realising I wasn’t particularly fond of the power (im)balance in secretary/boss romances. In lieu of starting all over again I made this couple childhood friends and had Sienna working for Lex temporarily—as a favour. This gave me a power balance I wanted to work with.

The rewriting paid off. This story finalled in the Australian Romance Readers Association’s Award for Favourite Short Category Romance, and the Romance Writers of Australia’s RBY Award for Short Sexy Romance. 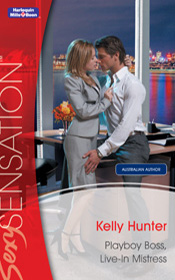 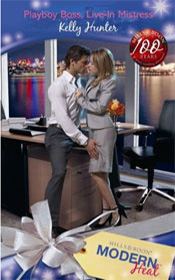 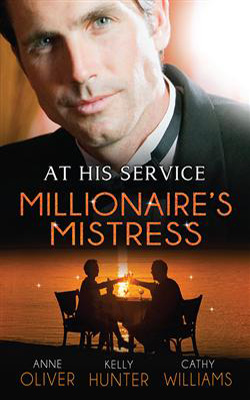