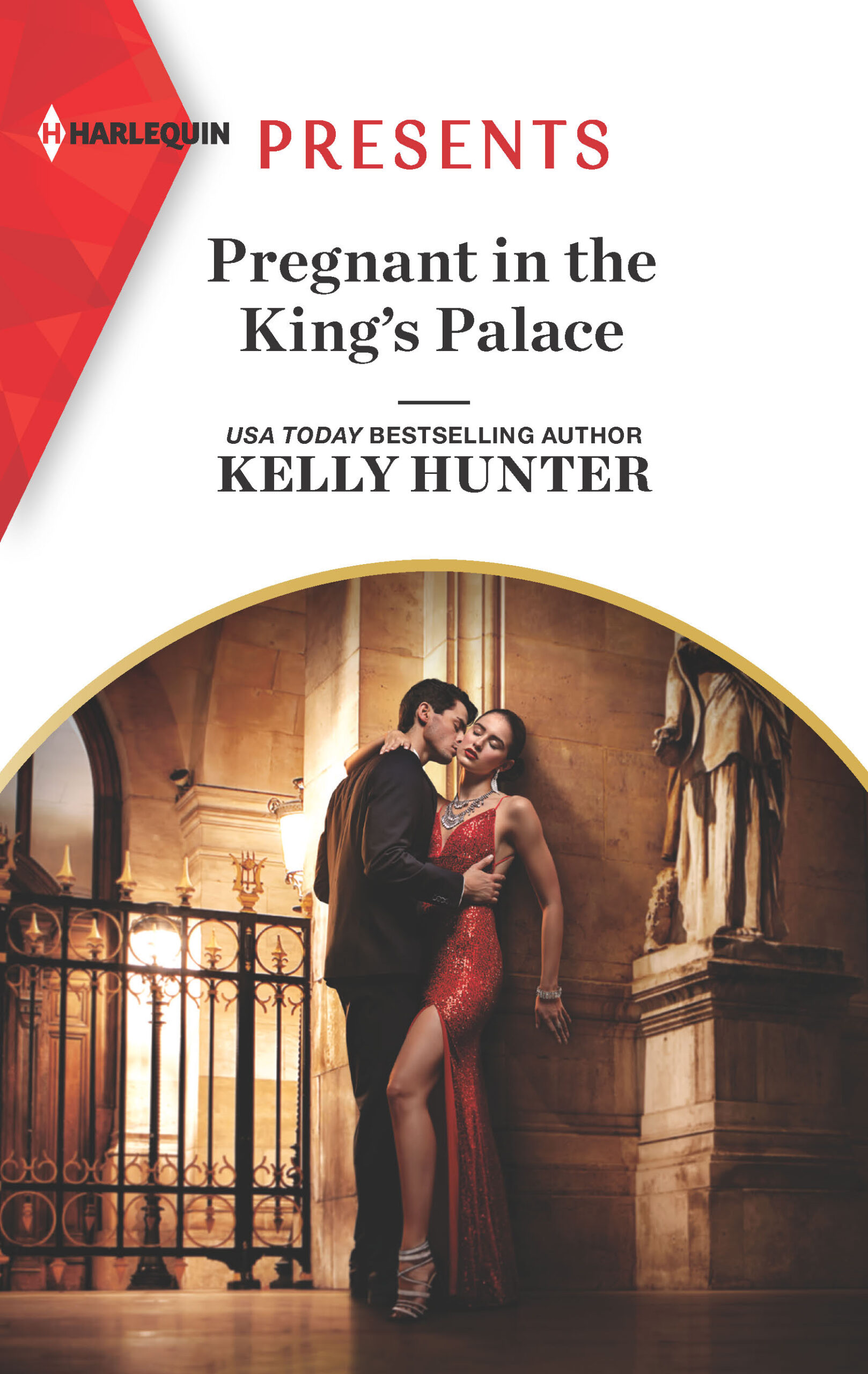 Pregnant in the King’s Palace

Book 4 in the Four Kings series

The woman who could cost him his crown…or save it!

Rumours abound that our beloved king, Valentine, is abdicating! His reasons are unknown, although speculation is that he cannot provide our kingdom with an heir. The eyes of the world are on him, yet our rebellious royal has eyes only for enchanting Angelique, horse trainer to the elite…

Their attraction is as potent now as it was ten years ago, when they first met! We thought Valentine’s abdication was his biggest scandal…but given their fiery reunion, could passionate, headstrong Angelique be carrying an even more shocking secret?

When will King #4 be available, if ever?

‘You’re not fooling anyone, you know.’

Prince Valentine of Thallasia was eighteen years old, heir to an age-old kingdom and accountable to very few. His father ruled supreme and expected instant obedience and got it. His mother was long dead. His twin sister was the only other person he listened to, on occasion, and she’d definitely upped her scolding of late. Granted, her scolding often served to burst his bubble of entitlement and superiority—and theoretically this was a good thing. Kept him grounded or modest or some such. But he didn’t have to like it.

His sister matched him stride for stride as they headed across manicured lawns towards the sprawling stone stable complex. The royal palace employed over a dozen stable hands alongside a dedicated stable master. They currently had over six strings of polo ponies in training at the palace, not to mention a dozen or so racehorses. Their father was a horse-riding fanatic and, until recently, Valentine had remained happily free of that particular bug. ‘I have no idea what you’re talking about.’

‘This sudden interest you have in horses and riding them every chance you get.’

‘And now I’m rectifying that lack.’ He smirked because he knew it would irritate her. ‘You should be praising me.’

‘I’m trying to warn you, you dolt. Father’s not going to approve of your choice of plaything.’

‘And that’s exactly the attitude that’s going to get you into more trouble than either you or Angelique Cordova can deal with. Yes, I know her name. Don’t look so surprised. I like her, she’s smart and outspoken and far too beautiful for anyone’s good, and if you take things further with her and Father finds out he’ll break her and he’ll do it in front of you.’

‘Just because he hasn’t found anyone to replace our mother—

‘Oh, don’t even go there!’ His sister had a temper and she wasn’t shy about showing it. ‘Father lost interest in our dear departed mother as soon as he bred her and got us. He goes through mistresses faster than most people go through tissues and there are never any complications. No fuss, no noise, no royal bastards. Ever. Do you want to know what happens to those women foolish enough to try and trap him? Because I hear rumours and they are ugly and I believe them.’

They were almost at the stables, a centuries-old stone building buttressing the palace walls. The palace had been built to withstand sieges, way back when, and although the walls had come down to the east to make way for a grand entry road and gardens, far grimmer sections of the building existed, tucked in behind the beautiful façade. One of the reasons he hadn’t liked coming to the stables before now was that he could feel the weight of oppression and ugliness bearing down on him there—no matter how beautiful and expensive the horses. Not that he had any intention of telling his sister he was afraid of ghosts.

Or that, no matter how much he didn’t want to believe her savage assessment of his father, she might be right.

He wanted this conversation to be over so he could get on with the business of admiring Angelique, but his twin put her hand to his forearm and forced him to turn and stop. ‘Valentine, whatever’s wrong with Father, it’s getting worse. The rages. The cruelty. And even you: Crown Prince, heir apparent, God’s anointed…you’re not immune any more, the way you were as a child when you thought he walked on water and wanted to be just like him. He sees you as competition now and nothing good is going to come of it. He will envy you, pull rank on you, and crush her. I can see it coming, plain as day, even if you can’t.’

He didn’t want to hear it. ‘Look, I know he can be hard to please. He’s not…good…with women. With you. I see that.’

His sister laughed, bright and bitter. ‘I am the prettiest dress-up doll in the room, and as long as I stay that way, he will adore me. I aim to marry early and get gone from here just as soon as I can. Better still if I can make it seem like his idea.’ She held his gaze, her dark eyes imploring. ‘But you…you need to be careful who you take up with, okay? And how you go about it. Don’t play with your pretty toys in front of him. Don’t ever let your infatuation with Angelique turn into something else. Above all, practise safe sex.’

‘You have no idea what you’re talking about.’ His sister always had been melodramatic, full of plots and palace intrigues, but of all the undesirable things he had heard, he’d never heard that. Their father had his faults, but he wasn’t a monster.

‘I am dead serious about this, Valentine.’ Her eyes flashed cold fire. ‘Why do you always think you know better than anyone else? Why can’t you just listen to what I’m telling you?’

He was. He did. She’d never knowingly steered him wrong. ‘All right,’ he grated. ‘I’ll be discreet.’

Valentine brooded on his sister’s opinion of their father as she stormed off towards the new brood mares. Yes, their father was a distant figure, not given to praise. Discipline was harsh—his father had no use for weaklings because ruling a kingdom took strength. As for his father’s way with women…Valentine didn’t see malice in it. Indifference, yes. High turnover, yes. Wasn’t as if he were cruel in his dismissal of them. They came, they went. No fanfare, no problem. His father had needs, that was all. And Valentine was his father’s son.

Surely his father would know that Valentine had no intention of going to his wedding bed a virgin? And that he had no intention of marrying anyone any time soon, let alone the pretty stable girl? Even Angelique knew that whatever interest he showed in her, an offer of marriage wouldn’t be part of it.

She wasn’t a permanent employee, she’d be gone within the year, which to his way of thinking would be just about perfect. Angelique had arrived with six of her family’s stunning Cordova mares, hand-picked by his father and hers to temporarily become part of the palace’s breeding programme. One year, one drop of foals, less than seven months remaining and then the foals would be on the ground and the mares would be gone and Angelique with them.

It wasn’t a bad thing, his infatuation. More like the perfect opportunity to live a little, love a little, and learn how to please a woman. Because, heaven help him, he dreamed about pleasing Angelique. He dreamed about possessing her so completely she’d never forget him and more often than not he woke in a lather of sweat and spent desire, no matter how often he took himself in hand. How was that healthy? If he could just have her for a time…get her out of his system…all would be well, and he could get on with the business of finding a suitable queen for Thallasia.

His sister was wrong about their father’s viciousness and instability. His father would understand.

Valentine of Thallasia was eighteen years old, firstborn son of a king, and used to claiming whatever he wanted.

And he wanted Angelique.

My last hurrah in the world of four kings. This one took a while, and I was writing it at a time when world events had driven me mad(der) with contemplation of forms of government, leadership qualities and positions of power. Plus a king who was ready to throw it all in, no dedication to duty here, and I’d written my way into a deep dark well of gutlessness for my hero. There were rewrites. More rewrites. Missed deadlines. Author feebleness. But it’s here and I love that King Valentine persevered. Four Kings, completed. Thank goodness I didn’t aim for a full house. 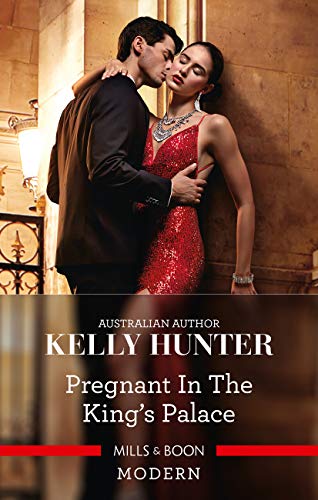 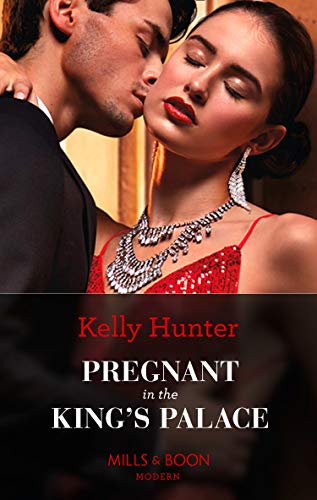 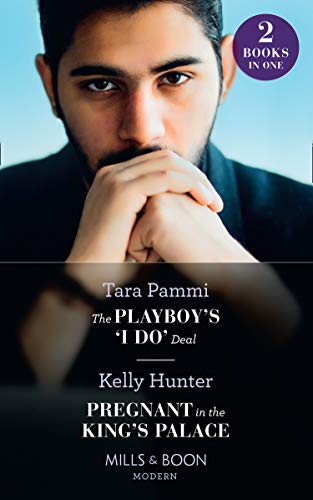