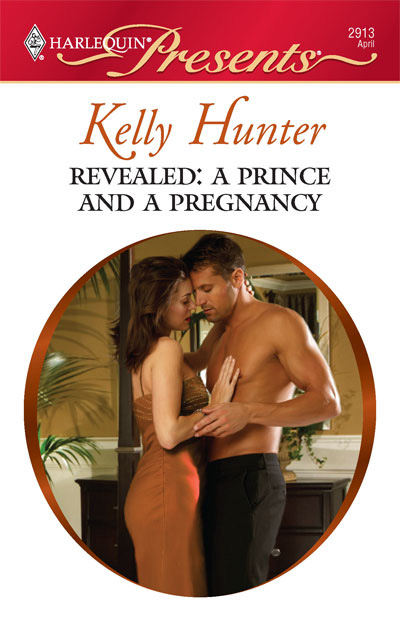 Book Two in the Hot Bed of Scandal Duo

From dark-hearted rebel to ruthless royal!

When heiress Simone Duvalier sashays back into Rafael Alexander’s life, Rafe can’t wait for her to head back home and leave him to his empire-building in Australia. They once shared so much, but all that remains are memories and the desire to bed her…

Simone has never forgotten fiercely ambitious, achingly sexy Rafael and neither has her traitorous body! But when a princely secret and an unplanned pregnancy threaten to change everything… can this bad boy become a prince and a father?

Romantic Times 4.5 Stars! Simone would do anything to avoid seeing her childhood sweetheart, Rafe, again. But when Rafe’s sister asks her to be the sole bridesmaid at her wedding, what can she do? Fly from her French estate to the wedding hotel in Australia with a bridesmaid’s dress, that’s what. Rafe isn’t too thrilled either — he wasn’t enough for Simone all those years ago and doesn’t want to give her another opportunity to break his heart. But revealed family secrets and an unexpected baby will either bring Simone and Rafe together or destroy their love forever. Hunter’s emotionally rich tale will make readers laugh and cry along with the characters. A truly fantastic read.

Somewhere in the story …

‘What exactly is it that Etienne expects of you?’ she asked.

‘My presence at certain state functions. My presence, on occasion, at politically sensitive meetings.’

‘And how does he introduce you?’

‘Does he ask for your input?’

‘Does he give you time to relax?’

‘Overseeing the restoration of the vineyard is relaxing.’

‘You’ve taken that on too? As well as running your own vineyard from afar?’

‘I’ve put a manager in place at Angels Landing.’ The grimness of Rafael’s features told her just how much it had pained him to do so. More than any of the other projects surrounding him, Angels Landing was his dream, his work, and he’d worked hard for it. It didn’t seem right that he’d had to give it up to make room for other people’s agendas.

‘Is this manager any good?’

‘Good.’ Simone nodded and made mental note of Rafael’s reliance on Harrison’s judgement. She made another note to ask Harrison to visit them in Maracey as soon as practicable. Rafael needed people he could trust around him. The list of people who’d earned such trust would not be a long one. ‘Does Etienne reside at the vineyard estate?’

‘No. He’s based at a castle in the capital. There are rooms in the castle set aside for my use should I wish to stay there, apparently, but I prefer the vineyard. Whether I stay in Maracey at all is an issue currently up for debate amongst Etienne’s senior statesmen.’ Rafael’s expression hardened. ‘It seems not everyone is happy to see me.’

‘Is that so?’ Simone smiled tightly. She wondered if those statesman knew how used to rejection this man was and how fiercely he’d learned to fight for the things he considered his. Heaven help them if he decided he wanted Maracey.

‘You’ll be staying with me at the vineyard,’ said Rafael next. ‘I’ve asked the staff to prepare a suite for you. Hopefully sleep will come even easier to you once you’re settled there.’
‘No.’

Simone sighed heavily. She’d tried showing him what she wanted from him but to no avail. It was time to spell it out for him using words he could understand. The fragile virgin Madonna treatment had to stop. She was not fragile, and she was certainly no virgin. She quite liked being thought of as a Madonna, but that was probably just the pregnancy talking. ‘No. No separate suite, no separate bed. And no treating me like a stranger. I have a different proposal for you.’

‘If you want me to marry you, I’ll marry you,’ he said curtly.

He would too. Simone sighed. For an intelligent man, he seemed exceptionally good at missing the point. ‘Put your obligatory proposal and your narrow eyed looks away,’ she said evenly ‘I don’t want to marry you. Marriage requires love and intimacy. Trust. And you and I… we don’t have any of those things.’ Yet. ‘No, my proposal is designed to see us through our stay at Maracey, that’s all.’ And perhaps foster a few of those things that they didn’t yet have.

‘What did you have in mind?’ he asked warily.

‘What would you have of me?’

‘A little of your time during each day.’ She speared him with a glance. ‘And your bed every night. I find I like it there.’

He absorbed her blunt words with considerable aplomb. He leaned back against the trunk of the tree, put his hand to his neck and rubbed. ‘Well …’ he said slowly. ‘Some of that sounds manageable.’ His gaze never left hers. ‘What would you give me in return?’

‘I know social politics, Rafael. I know the ruthless games of big business. I know them very well. I can be of use to you when it comes to Maracey and its nervous statesmen if you let me. I can watch your back on the rare occasion that you’re not standing against the wall.’

She didn’t bother telling him that she would do this for him whether he wanted her to or no and that she’d do it because she loved him. He wouldn’t believe her. Eventually though, he would have to believe in her love for him. The evidence would have it no other way. Then all she had to do was make him fall in love with her and everything would fall into place. This baby. This lifestyle, whatever it was …

Rome wasn’t built in a day, she reminded herself by way of encouragement, and set about laying another brick. ‘I didn’t come all this way with you to be treated like a porcelain princess, Rafael. I swear I’ll go nuts if you continue to treat me like one.’

‘My mistake.’ He smiled slightly, a tiny glimpse of sunshine on a cloudy day. ‘What sort of princess would you like to be?’

She favoured him with a gentle smile. ‘Yours.’

This story is the second in a duo that follows two sets of siblings who were childhood friends growing up in a vineyard in France. Puberty ensued, complications arose and we catch up with everyone several years later.

Just before I wrote this book I had a conversation with a bunch of trusted author friends about the necessity of strong story hooks and hooky titles. Right, I thought. Time to get my hooks together. A Prince (who doesn’t know he’s a prince). A Pregnancy (she knows). And voila! Revealed: A Prince And A Pregnancy.

The ‘shopping-list title’ is a much maligned beast but sales figures don’t lie. The title worked for readers (and for search engines) and the story is one of my best selling Harlequins. For me, this story was a lesson in marketing (that I willfully forget every so often).

The story was a Romance Writers of America RITA finalist in 2010 for contemporary series romance. 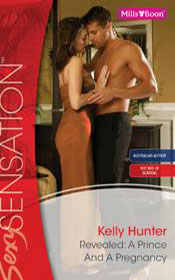 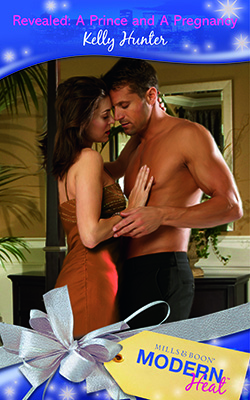