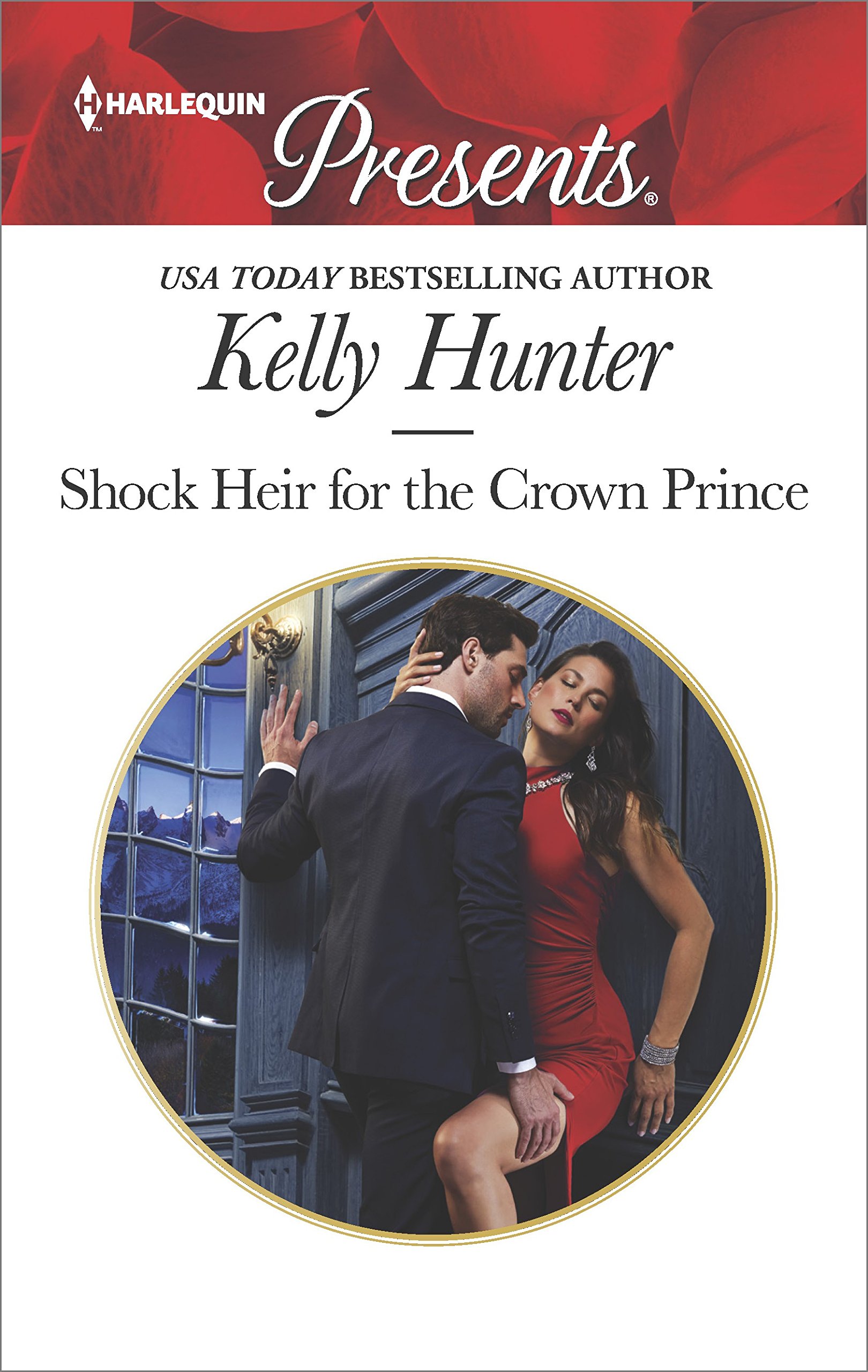 Book one of the Four Kings series (Claimed by a King)

She kept his royal heir a secret…

Prince Casimir of Byzenmaach can’t shake the memory of Anastasia Douglas. With her, he forgot his royal duties for a moment of wild abandon. Seven years later, he must wed—but seeking out the unforgettable Anastasia, he discovers a secret: she gave birth to his daughter! And he’ll stop at nothing to claim them both…

Casimir, Crown Prince of Byzenmaach, woke with a woman on his mind and an ache in his loins. He rolled onto his back, and let out a groan when the heavy cotton sheet rubbed against him in just the right way to make his hips move again, and then again. Not this again. Not her again—it was the third time this week.

It took longer than usual to shove those wayward memories of lovemaking aside and roll out of bed. Naked, he padded across age-old silk carpets towards the door that led to the parapet that led to the bathhouse—a domed white marble indulgence that would have found favour with the gladiators of Rome.

Cool air hit his skin the minute he opened the huge double doors, and if he hadn’t been fully awake before, he was now. Summer was in full swing in Byzenmaach but here in the snow-capped northern mountains the mornings still held the edge of winter on them and always would. He suffered it because he liked the cool lick of ice on his skin and because it made that moment when he entered the hot pool that much sweeter.

Nothing could ease the tension in his body and clear his mind faster than spending five minutes beneath the pounding man-made waterfall at the far edge of the hot pool and then another five immersed in the still and silent water at the other end of it. Access to the bathhouse was one of the main reasons he’d made Byzenmaach’s remote winter fortress his permanent home.

Hedonist. He’d never deny the label. Pleasure-seeking was an integral part of his nature.

It wasn’t all he was.

The woman on his mind—Ana—had been a mistake, a youthful indiscretion, a hedonistic folly, and every so often she haunted him. She’d been a student of languages, living in Geneva. He’d been on his way home from delegate talks and bored. The bar where they’d first met had been called the Barrel and Fawn.

Who remembered details like that seven years after the encounter?

The walkway to the bathhouse was open to the air on one side, courtesy of a waist-high stone wall and colonnade arches. The view that greeted him stretched out over the valley below and still managed to impress, no matter how many times he saw it. Once winter hit he’d take the long way round through the palace, but until then he’d enjoy the caress of cool mountain air on his skin. Perhaps it would cool his morning ardour.

Why was it that seven years after the affair, Anastasia Douglas was still his go-to memory when his body sought release?

Why did he remember the way she took her morning coffee when he had hundreds, if not thousands, of more important memories to recall?

Double shot, black, with one sugar, and hot enough to burn.

Her hair, a tousled black cloud that framed exquisite bone structure as she purred her contentment and blew on the steaming black liquid to cool it before setting it to her lips.

He hadn’t been the only hedonist in their short-lived relationship. The things she could do with her mouth…

He shivered and it wasn’t just because of the cool dawn air.

There’d been something in the air, in the water, on the night he’d met her. Something that had him acting with greater than usual abandon. He’d made the first move, used every bit of charm in his arsenal, and before the night was through they’d ended up naked in her tiny student apartment on the outskirts of the city. He’d stayed the night and instead of leaving the next morning he’d stayed four more nights, turning his back on everything but her. Learning her. Loving her. Ramming into her life and meeting no resistance.

He’d monopolised her nights and infiltrated her days.

They’d lain on the grass in a tiny gated park with his face to the sun and Ana’s head on his hip as she read Russian poetry to him in flawless Russian and then again in English. She’d been equally fluent in both languages, or so she’d said—courtesy of her Russian mother and English father—but the results of her translations had been confusing.

Russian poetry was never meant to be read in English, she’d said, which had begged the question as to why she was attempting the impossible in the first place.

She wanted to be an interpreter, she’d said. Maybe for the European Parliament, maybe for the United Nations Secretariat, and to do that she had to be the best of the best. She was practising.

She’d shared her goals and ambitions, her body and her home.

He’d shared next to nothing.

She hadn’t known she was talking to the Crown Prince of Byzenmaach, with his impeccable lineage, private planes and castles carved into the side of mountains.

He hadn’t told her he was Casimir, dutiful son and heir to the throne, student of politics since he was old enough to stand at his father’s knee and listen.

For four days and five nights he hadn’t been Casimir, with his dead mother and sister, an ailing father and responsibilities he hadn’t been ready for. She’d called him Cas, just Cas, and the freedom to be Just Cas had been liberating.

Maybe that was why he kept remembering Anastasia Douglas every so often. Her breathy cries and the softness of her skin, the way she’d wrapped around him…maybe he equated her with freedom, or the illusion of freedom. Maybe his longing to choose his own path sat in his subconscious like a burr, never mind that he’d come to terms with his royal responsibilities long ago.

The waters of the bath glinted deep blue and silver in the weak light of morning. Steam spiralled towards the high domed ceiling, and the caress of water on his feet as he took that first step down into the pool made him groan his pleasure.

He liked that the water temperature was almost too hot to bear.

He took another step into the pool and then another, the water now lapping at his thighs, his erection in no way deflated by the sensory experience of cold air followed by the lick of hot water.

Soon he would propose to the Princess Moriana from the neighbouring monarchy of Arun. Moriana was smart, educated, well versed in affairs of state and extremely well connected. It wasn’t a love match but he wouldn’t regret the union. Moriana would be good for him and for Byzenmaach. He knew this.

He tried to turn his thoughts towards his intended, but it was no use. Ana won.

Turning on his heel, he stepped back out of the pool and headed for the shower, half hidden in the marble recesses beside the far door. He turned the taps, adjusted the heat and let fat water droplets fall to the floor before stepping beneath them. He reached for the body oil rather than the soap and took himself in hand.

Maybe he should find out what Anastasia Douglas was doing these days as a way of getting her out of his head. Maybe she’d be married now and wildly content with her husband and two point three children. Unavailable, unobtainable. No longer the woman who’d loved Cas, just Cas, and wished him happiness.

New memories, lesser ones, to replace the memories that haunted him still. Ana, sated and smiling, all long limbs, alabaster skin and silky black hair that a man could lose his fist in. Ana on her knees for him while he muttered words like please and more on more than one occasion. Ana, with her open sensuality that had ignited his.

No pressure, no reputation to uphold, no expectations and no demands. Pleasure for pleasure’s sake. Quick, clever hands and lips that dragged in all the right places. Tumbling words of fire and passion that his soul understood, even if the actual words had been a mystery to him.

Surely, in his mind, if nowhere else, he could have this.

Closing his eyes and turning his face upwards into the water, he let the memories come.

The first of a loosely connected Four Kings quartet, written for the Harlequin Presents/Modern line. I had to laugh, because the Aus and UK covers got a revamp and full relaunch just as this series came out. I did get to have a couple of those iconic red, white and round presents covers though. I’m a traditionalist–I love those covers and never wish to see them go!

I was playing poker when first I pitched this series. Casimir is my King of Spades. 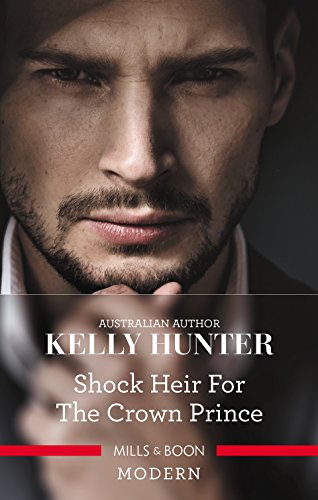 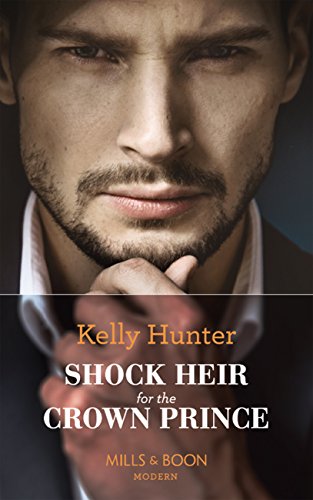 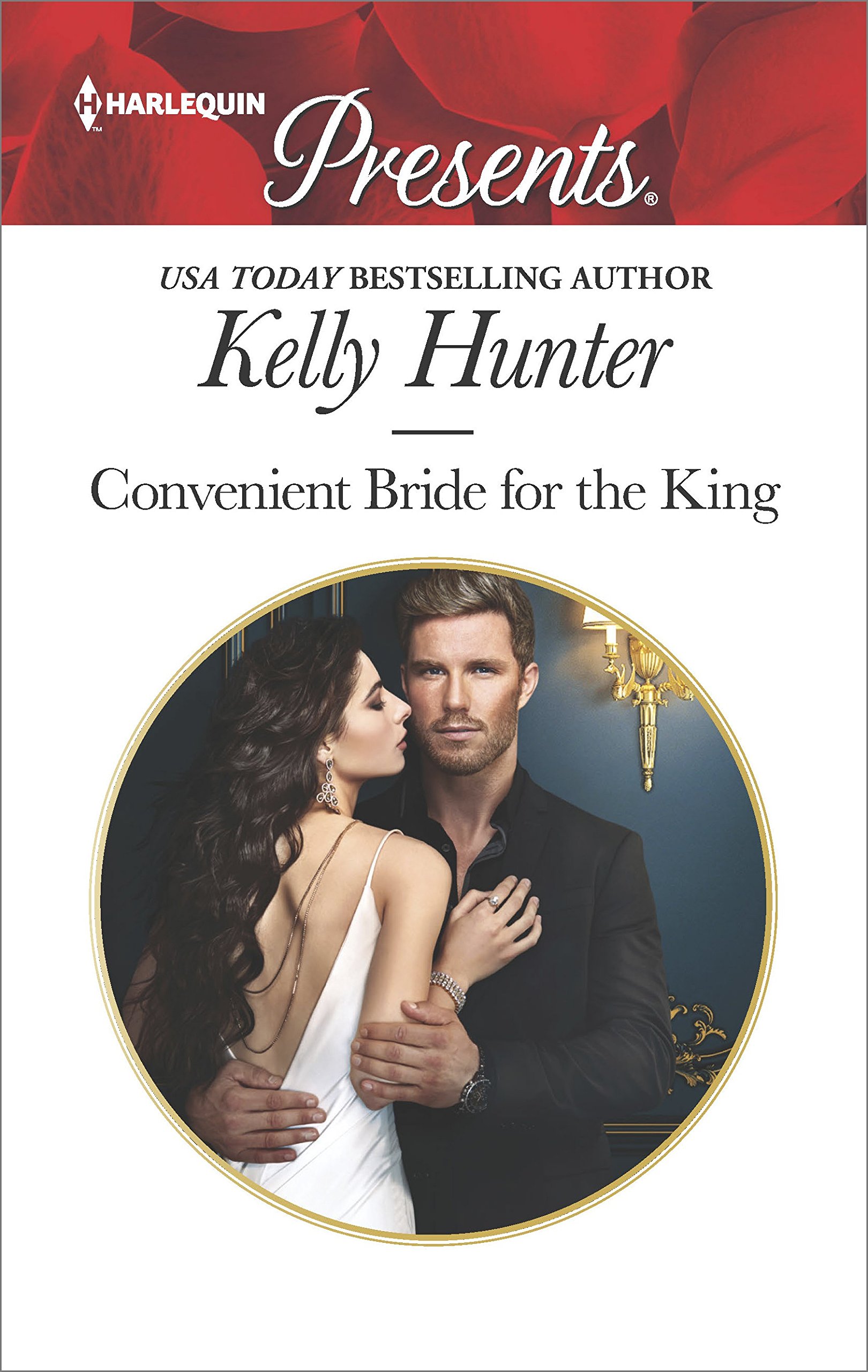 Convenient Bride for the King