Drabble in a different voice 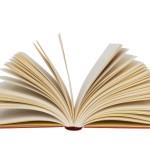 I’m pretty sure all writers get the urge to write like someone else on occasion. Whenever I read Barbara O’Neal I desperately want to write like her. Cormac McCarthy during his minimalist period – I want to write like him too. Every time I read a compelling male character written by a male author I look for tricks and tips that I can use to craft my romance heroes – I study their voices. And every now and again the crazy takes hold and I’ll decide I want a new writing voice altogether to the one I use for romance. And then I write drabbles that I never do anything with – and seeing as this blog is also something I never do anything with I figured letting them do nothing together wouldn’t hurt.

So here’s a drabble – male character pov, written by me while drinking scotch and pretending to be a male action adventure author. Because a change is as good as a holiday, and I need a holiday.

Feedback is always welcome. So is scotch.

He’d been an artist once. Back before thermal stencilling and online design galleries had changed tattooing from an act of creation into colour by numbers and follow the lines. He’d enjoyed a certain notoriety, once, by way of the stark horror of the images he’d pulled from his mind. But time had dimmed the horror for him now and in truth he viewed his obscurity for the gift it was and the designs people ripped from the internet as a blessing. He’d settled in Cebu, claiming his place on the ragged edge of a teeming, stinking city and it suited him, this place, and he had his wife and his children, food enough for his table and the sure hand of a master, and every once in a while he sat and took pigment to skin.

The woman who walked into his parlour that afternoon had been pretty once. Good facial bones. Generous lips. But the eye sockets were sunken and shadowed, and her dirty brown hair lay dull and thin against her skull. He looked to the ditch of her elbows for the punctures and track marks of an addict but her skin was clean. He looked to her fingernails next and stilled when he saw angry red skin and moon-stubs where her nails should have been.

He was even more watchful of her then, and of the boy who stood with her. Not fully Filipino, the boy, but half-and-half like his own kids. Too old to be her son, for he pegged her in her early twenties and the boy just reaching his teens.  A tour guide, perhaps, but the boy had no hustler’s chatter and the woman no air of curiosity about her at all. The boy was skeletal, just like the woman. A hollowed-out husk, scrubbed hard on the outside to give some semblance of normal.

She picked up an album from the front table and headed for a chair. Only one chair in his shop with a clear view of both the front door and the curtained doorway that fed through to the back room, and she took it, and the kid stood like a sentry beside her, with his back to the wall and those eyes that missed nothing. Not the buzzing of fat flies in the window, not the slightest movement a body made. Hear foot-fall at a hundred paces and tag a snare at thirty; he knew what it felt like to function in that hyper alert state. Long time ago now, but he’d been there and done that and he shuddered at the memory.

‘Where you from?’ he asked.

The accent was the right one. ‘If you don’t see anything you want in the albums or on the walls, just ask.’

She had beautiful eyes; hazel, rimmed with darker brown. ‘What colour?’

‘The colour of blood.’

Can you be more specific, he wanted to ask her? Do you want the deep crimson of arterial blood that drips slick and vibrant from a moonlit blade? Or that same blood, hours later and almost black; a sticky fertilizer upon a jungle floor.

Instead, he reached for his sample pigments and started mixing and then he painted her a line of red on a buff coloured sheet of cardboard and held it up for her to see.

‘Darker,’ she said, so he added more black until she was satisfied.

She held out her inner wrist to him. Skin over vein and no room for error. ‘Gonna hurt.’

She just looked at him.

So he sat her down in the chair and put her wrist in the vice and chocked up her arm with rice bags until he had the skin sitting just right. He snapped open the packaging on a disposable razor and shaved her down and wiped her down and started prepping his tools.

She told him the words, two words in all, and he flinched and covered his reaction by donning disposable gloves and asking what kind of script she had in mind and whether she wanted the words lengthways or crossways across the wrist.

Lengthways down the vein, she told him, and she didn’t care what kind of script.

Freehand, then, and while part of him rejoiced at the creative freedom she gave him, another part took note of the emptiness behind her eyes. No elegant, flowing script for this one. Instead, he let instinct guide his hand as needle met skin, and the bloody, jagged script he created was more curse than benediction.

It had to be hurting her, there was no other way, but she never flinched once – she just went away inside, and he remembered that response too and he wondered at her story but could not bring himself to ask.

‘What does it say?’ asked the boy when he was almost done. So the boy spoke English but couldn’t read it, which was common enough around these parts but not common for an Australian kid.

‘It says Our Father,’ he said, when the woman gave no answer. ‘It’s the start of a prayer.’

‘What kind of prayer?’ asked the boy.

He cleaned her arm thoroughly after he’d finished with the needle. He tried to be gentle as he applied barrier cream and bandaged her up. He told her how long to keep the bandage on and how to wash her wrist and when to apply the antiseptic cream he gave her. He told her to stay out of the sun and not to scratch at the tattoo with fingernails that did not exist.

‘If you want,’ she said in a voice far detached from the moment, and at this he interceded.

‘No,’ she said, and fished out a roll of bills and set them on the counter; far too much money for the amount of work done. ‘He’s not.’

So he tried again to make her understand. ‘He’s still growing. His skin’s still stretching. I can’t guarantee the shape of the work.’

But, ‘Who can?’ she said, and suddenly there was a glimmer behind her eyes that might have been humour and a curve to her lips that rendered her almost pretty. ‘Whatever he wants, you give him,’ she said. And, with a glance around his dingy room with its peeling green-over-grey paint and none too clean floor, ‘They say you’re the best. Better you than someone else.’

The boy’s gaze had fixed on a design of a serpent wrapped around a dagger, a full two hours work; no little thing, and no way of making it so. ‘Not that one,’ he said, and hoped for more sense in the boy than was evident in the woman.

‘I want the same as hers,’ said the boy, and the Vietnam Vet who’d been a killer once, a long-range recon man, looked into the boy’s black eyes and made no further protest, just cleared the bench and wiped it down and donned fresh gloves and started prepping new tools, this time for a child.

Like painting on flawless parchment, etching pigment into this boy’s skin, and the boy never flinched either – his thin little body a study in stillness and control, while his eyes flickered between the needle and the door, the flies in the window and the twitching of the curtain in the breeze.

‘He yours?’ he asked of the woman when he was half-way done and she’d moved from her favourite chair to come look at his handiwork.

‘Yes,’ she said, while the boy studied the woman’s face in silence. ‘I guess he is.’

Review Copies To Give Away -The One That Got Away