Book One in the West Family Series – Damon

Ruby Maguire is done with being jerked around by men. Now she just needs to know three things about a potential bedmate: his name, where he’ll be in a week’s time and what it is he wants from her.

Damon West knows plenty about subterfuge and secrets, and nothing about being truthful with women. But Ruby demands honesty between them so Damon gives her as much as he can: I’m Damon West. I’ll be leaving Singapore in a week. And I want you to touch me.

At least, that was the intent…but something’s telling normally bulletproof Damon that one week with Ruby might not be so easy to recover from.…

Now, this is how you write a romance novel. The characters were actually honest with their feelings. They were not immature like teenagers, which is quite a novelty in romance books.
As I was reading, I was waiting for the shoe to drop where the book was not going to hold up through the end. It started so great, with the characters actually sharing what was on their minds, I just looking for the book to lose momentum. But, it didn’t – it was great until the end.

After her father’s scandalous disappearance, lawyer Ruby Maguire had no choice but to accept the position of social accountant for the West family patriarch. Visiting for Christmas, Damon West is immediately intrigued by his father’s employee, and he makes no secret of his desire to flirt with Ruby. Attraction pulls them together, but Damon’s career in the art of subterfuge and deception threatens to tear them apart. Damon and Ruby will need to address their past insecurities and learn the art of trust before they can truly fall in love. This delightful blend of romance and humor, with a touch of mystery, will leave readers eagerly anticipating the next installment in the West family series.

Add to the day a wide open wallet and city bathed in neon and the memory of a Hong Kong Christmas burned brightly forever. Ruby Maguire—born to riches and living in Hong Kong for over six years now—knew this from experience. Which meant that she should have been able to organise a perfectly splendid Christmas for the children of one of Hong Kong’s foremost Investment Bankers in her sleep.

A trip to Hong Kong Disney or Ocean Park. A holographic Christmas tree or three. More presents than they knew what to do with, a mad mix of Christmas lanterns and fake winter wonderlands and if Santa was really on the ball, maybe their charming, handsome, super-important father would put in an appearance and make their day.

Except that the West children were all grown up these days, and from the snippets of information Russell West’s executive PA had let slip, Russell’s eldest son was unlikely to be in attendance, his firstborn daughter was recovering from serious injury, his other daughter was a reclusive genius, and his fourth born – another son – was either a crime lord, a charming wastrel or James Bond.

So much for taking them to Disneyland.

Instead, Ruby had decked the halls of Russell West’s pristine marble penthouse with as much high class folly as she could find. White orchids; real ones. Poinsettias; silk ones. Tapered white candles just waiting to be lit and more fat goldfish for the glass-covered pond. The pond ran beneath the base of the stairs and along the atrium wall until it reached the tiny rooftop terrace where the songbirds reigned supreme. The only thing missing from the scene was a pet cricket in a bamboo cage. For Australian-born Russell West, owning a pet cricket was taking cultural assimilation one chirrup too far.

Dec 22nd already, with the three younger West siblings due to arrive tomorrow. Upon arrival they would find immaculately prepared rooms, festive touches in the strangest places, and reservations for one of Hong Kong’s premier restaurants should they wish to dine out.

Ruby wasn’t a housekeeper or a cook, though her current job strayed into such territory at times. She far preferred to think of herself as Russell West’s social accountant – a position created just for her, out of pity most likely, but she’d tried to make herself useful, and the hefty bonus Russell had just presented her with gave credence to the notion that he thought her service of value.

She wrote Russell’s charity dinner speeches, briefed him on the changes in status of Hong Kong’s elite, and basically made his social engagements as stress free and fruitful as possible.

Ruby’s latest challenge had been the buying of Christmas gifts for the children of Russell’s employees—an endeavour she had seen to with pleasure. Furthermore, Russell now had an up to date database citing the names, birthdates, and interests of his employees’ spouses and children. She’d even done one for the wives and children of his major business contacts. Whether Russell would use the information remained to be seen.
Trust a financial wizard to pay absolutely not attention whatsoever to the little things that went such a long way towards the cultivation of solid business relationships in Hong Kong.
As for the choosing of gifts for his own children; be they genius, wounded, idle, or missing… that was Ruby’s job too and she had approximately twenty four hours to do it in. Russell hadn’t even given her a price range, let alone a guide as to what type of gifts they might enjoy.

‘Not even a hint,’ she muttered to herself as she dumped the box of sparkling mineral water on the kitchen counter and opened the French doors leading out to the terrace. ‘It’s not right.’ She plucked a pair of thin plastic gloves from the terrace cupboard and headed for the songbird enclosure.

No tiny bamboo cages for these little oriental white-eyes, but a large bamboo aviary that ran the length of the courtyard wall and incorporated branches and greenery, nesting and feeding areas, and a newspaper lined roll-out litter tray that Ruby refreshed every day. Western, very western, and a source of no little amusement to many of Russell’s acquaintances, but the birds sang their pleasure, and both Ruby and her employer took pride in the freedom of movement the little birds enjoyed.

‘There should be a rule that says a father should damn well buy Christmas gifts for his children himself,’ she told the flitty little birds who clung to the side of the cage in greeting. ‘Why is that such a stretch?’

‘Beats me,’ said an amused male voice from the direction of the kitchen, and Ruby glanced around, eyes widening at the vision splendid that had presented for her perusal. A raven haired blue eyed stranger stood just inside the terrace doors, wearing nothing but a snowy white towel that rode low on his hips and clung lovingly to well-packed thighs. His chest was bare, his shoulders impressive. Not an everyday sight in penthouse sixty-one.
‘Who are you?’ she said as she straightened from her crouching position, the roll of bird dropping stained newspaper still firmly in hand.

‘My thoughts exactly,’ he murmured with a grin that put Ruby in mind of mischief and at least one other thing she really shouldn’t be thinking about if this was indeed one of Russell’s sons.

‘I’m Russell West’s social organiser,’ she said, ignoring that lazy smile as best she could. ‘And you must be one of his sons. Trouble is, which one?’ She let her gaze drift once more over his very fine form. ‘One of you I wasn’t expecting until tomorrow. The other one I wasn’t expecting at all.’

‘Yes, and I have absolutely no doubt that you’d make an excellent one but alas there is no pool.’ Ruby continued to study him. ‘You’d think I’d be able to tell the difference between a mission-fatigued special intelligence officer and a feckless rogue by now, but you know what?’ Ruby shook her head. ‘You could be either.’

The start of a new family series after the success of the Bennetts and this time I wanted an even spread of boys and girls within the sibling unit and no particular sibling acting as a parent to the others. Parentification still fascinates me as a subject—hence a lasting affection for the TV series Supernatural—but I didn’t set this series up to explore it.

Instead I delved into the world of high-end hacking, with its white, grey and black hat practitioners. Romance heroes often live by their own moral code, so computer hacker=romance hero seemed like a natural fit. Pair him with a lawyer heroine who examined his every decision—introduce someone else’s ethics into his borderless cyber world—that’d be fun, right? What was I thinking?! 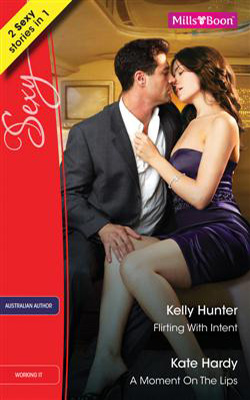 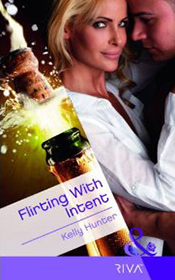