I’ve another family series underway at the moment – Three brothers, bound by blood, work and the sea. Last name, Jackson.

Book #1 is Eli’s story and is called The Honeymoon Trap. It released  in June to starred reviews from PW and Library Journal and is one of Publishers Weekly’s Top 20 Books of 2014.

Book #2 is Caleb’s story and is called Sympathy For The Devil. This one’s on kindle countdown sale for 99c from Dec 26-30th in US and UK markets.

Cutter’s story is underway, but I’ve another couple of stories to deliver before then, so he won’t arrive until May 2015. 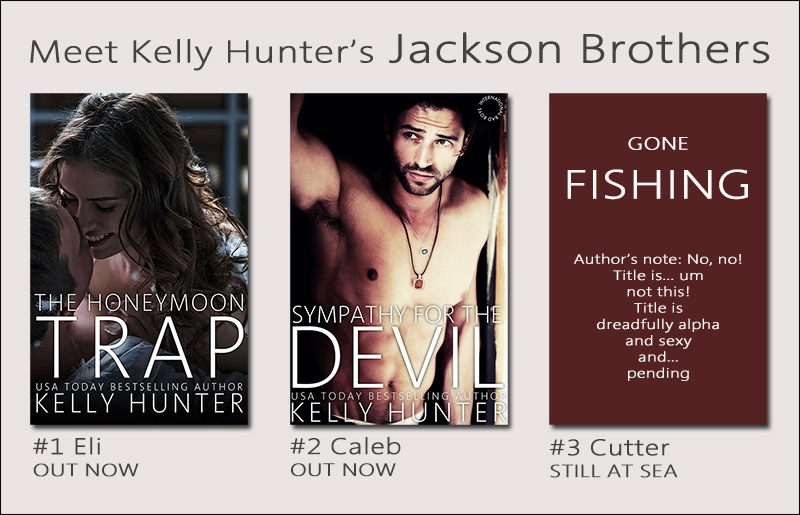 Sympathy For The Devil Out Now