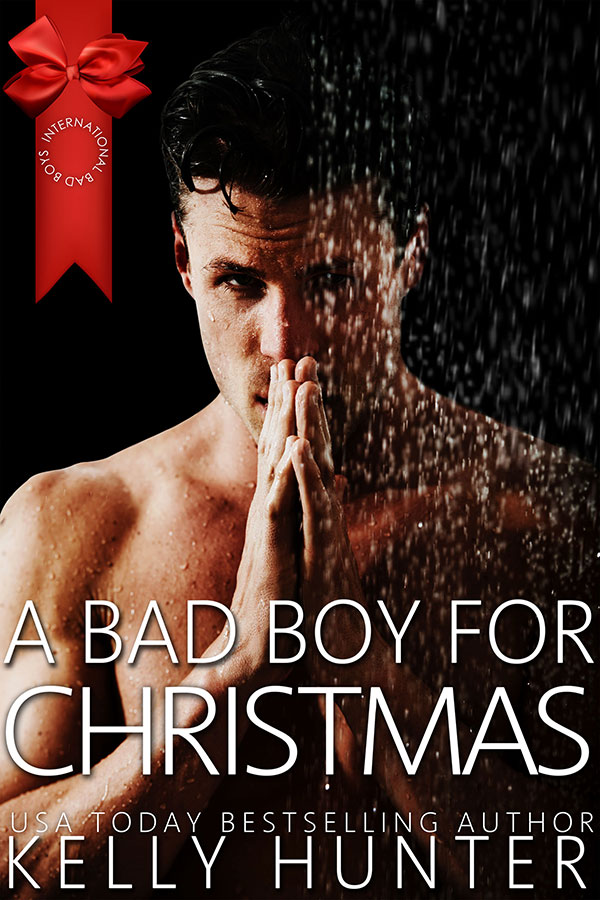 I ran into communication problems the other day when I tried to describe my latest romance hero to some of my overseas friends. “He’s a larrikin,” I said, fully expecting understanding and affection for the stereotype. I didn’t get it. My companions were thinking thug, criminal, bully, hoodlum. Whereas, I was thinking … something else entirely.

To me, a larrikin is shorthand for a certain type of guy; one who lives and loves hard and isn’t above bending the rules. He’s also a fundamentally good person. Perhaps my understanding is Aussie born—based on a narrative (false or otherwise) that the convicts originally transported here weren’t half as bad as those who sentenced them. Creative reasoning and the Australian psyche aside, I firmly believe that the Great Aussie Larrikin makes for an awesome romance hero.

Sensing a great, gaping discord in communication, I ditched all talk of larrikins in favour of other descriptions. I told them my guy was a smart, charming, cocky alpha rebel. Instant understanding. Yay! Later, much later, I headed for the dictionary to see where me and the larrikin had gone wrong.

What the dictionaries say

At first I went looking for synonyms for the word larrikin. Criminal, hood, punk, bully. Really? Merriam Webster’s rowdy hoodlum didn’t impress. Likewise, Collins Dictionary had nothing I wanted to hear. Dictionary, you are not describing my kind of larrikin.

What the rebellious Aussie historian says

I went hunting for a different perspective and found a definition from historian Manning Clark that I liked. Here’s his take:

“Soaring over them all is the larrikin; almost archly self conscious – too smart for his own good, witty rather than humorous, exceeding limits, bending rules and sailing close to the wind, avoiding rather than evading responsibility, playing to an audience, mocking pomposity and smugness, taking the piss out of people, cutting down tall poppies, born of a Wednesday, looking both ways for a Sunday, larger than life, sceptical, iconoclastic, egalitarian yet suffering fools badly, and, above all, defiant.”

There we go. There’s my guy. You can also find him in certain Australian films. Or when you play Lego.

So. Having established MY kind of larrikin, back to my latest hero. I wanted swagger—the kind that comes with unshakable self-confidence, authority and ability. I wanted supreme masculine beauty—the kind of charisma that guarantees the limelight. I gave him loyalty to family and I wanted him to genuinely like women and what they brought to his hyper-masculine, ultra-physical world. I wanted him to be the star of his own awesome universe.

Mainly so that I could get maximum pleasure out of trying to sink him.

A Bad Boy For Christmas is the third story in my Jackson Brothers series and follows a family of seafarers as they navigate life and love in a small, coastal Australian town. This particular story follows big brother Cutter as the world he presides over comes tumbling down to make way for a half-brother he never knew he had and the fiercely loyal foster sister who accompanies him.

Eli’s wife, Zoey, had a bad habit of wanting to dress him up in Lycra superhero costumes, at which point his other sister-in-law, Breanna, would be called in to take photos. Cutter had suffered the indignity several times now, because he loved the new additions to his family and because for every ounce of cooperation he gave he extracted concessions from them.

Firstborn nephews with Cutter as their middle name.

Cutter was pretty sure Eli didn’t know about that particular promise of Zoey’s yet, but Cutter intended to see that she kept it. He didn’t wear a wet loincloth, carry a three-pronged pitchfork and drape himself across a wave-drenched rock for just any old reason. No.

He leaned on Eli’s drafting table. “What about Billy Joe Cutter Jackson? Got a good ring to it.”

“What?” Eli looked up from the latest set of boat-building plans that he’d been explaining, mainly because Cutter had been fool enough to stop and show an interest.

A faint hint of alarm widened Eli’s gray eyes. Women had written odes to those eyes. Cutter could have conquered the world with those eyes. Alas, he had to make do with mostly green eyes, liberally flecked with the gray.

“Is this your way of telling me you got some woman pregnant?” asked Eli.

“No! I’m not talking about my offspring, genius. I’m talking about yours.” Cutter figured a heavy sigh wouldn’t hurt at this point. “And they say you’re the smart one.”

“Zoey’s pregnant?” Eli was beginning to look a little pale.

“Not yet. Or, not that I know of,” he amended. “But you need to get working on that. There’s naming to be done.”

“I—what are we talking about?” Finally, he had captured Eli’s undivided attention.

It was a sad disconnect in communication that Eli no longer had his.

The woman currently standing in the side entrance to Jackson’s Marina wasn’t a Brunswick Bay native. If she had been, Cutter would have made it his business to know more about her. Small, inconsequential things like how she liked her coffee in the morning, and bigger, more pressing concerns like how best she might want to be loved.

“Later,” he murmured, without taking his eyes off the vision of windswept, kickass beauty that had just sauntered into his life. She had dark, cat-like eyes and a waterfall of long auburn hair. He wouldn’t call her skinny, that would have been an exaggeration but there wasn’t much of her. A sea-green sundress lovingly showcased pert breasts and ended somewhere north of mid-thigh, leaving a whole lot of creamy skin to no one’s imagination. He’d never seen skin the color of creamrose pearls anywhere outside of his mother’s porcelain doll collection.

Could be that his mother’s penchant for storing those dolls behind glass was contributing to Cutter’s desire to reach out and run his fingers over that flawless skin now.

His body couldn’t make up its mind whether it wanted to be horrified or aroused by the thought of marking her.

He settled for straightening from his slouched position against Eli’s drawing table and lifting an enquiring brow.

She took her time looking him over and then raised him a perfectly arched, auburn eyebrow in return.

Long live women who gave as good as they got.

You can find him on all major eBook platforms for $2.99. Buy links are on his book page (because he’s a rebel, the buttons are pretty over there, and clicking is good exercise). And because argument closure requires one more example of a larrikin at his best, I give you … Thor. 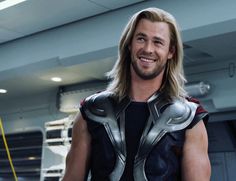